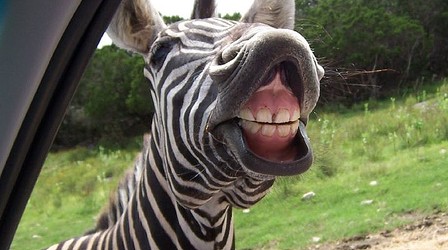 The interesting fact about  jokes on lawyers [and the legal profession] is that the common man believes that we don’t find them funny. However, little do they know that we find these jokes highly amusing and probably have more laughs than they ever do!

So, ready to have 10 minutes of sheer amusement?!

Q: What’s the difference between a lawyer and a herd of buffalo?

A: The lawyer charges more.

A: If one side has one, the other side has to get one

Q: What do you get when you cross the Godfather with a lawyer?

A: An offer you can’t understand.

Suprisingly this one vindicates us:

George and Ramona decide to cross North America in a hot air balloon. However, neither were particularly experienced balloonists, and Ramona’s mind quickly drifted from navigation to thoughts of how clouds look like cuddly little bunny rabbits. Upon realizing that they were lost, George declared, “Ramona — we are going to have to lose some altitude so we can figure out where we are.”

George lets some hot air out of the balloon, which slowly descended below the clouds, but he still couldn’t tell where they were. Far below, they could see a man on the ground. George lowered the balloon, to ask the man their location.

When they were low enough, George called down to the man, “Hey, can you tell us where we are?” The man on the ground yelled back, “You’re in a balloon, about 100 feet up in the air.”

George Called down to the man, “You must be a lawyer.” “Gee, George,” Ramona replied, “How can you tell?” George answered, “Because the advice he gave us is 100% accurate, and is completely useless”.

The man called back up to the balloon, “You must be a client.” George yelled back, “Why do you say that?” “Well,” the man replied, “you don’t know where you are, or where you are going. You got into your predicament through a lack of planning, and could have avoided it by asking for help before you acted. You expect me to provide an instant remedy. The fact is you are in the exact same position you were in before we met, but now it is somehow my fault.”

On how we are smart & clever & think out of the box:

As Mr. Smith was on his death bed, he attempted to formulate a plan that would allow him to take at least some of his considerable wealth with him.  He called for the three men he trusted most — his lawyer, his doctor, and his clergyman. He told them, “I’m going to give you each $30,000 in cash before I die. At my funeral, I want you to place the money in my coffin so that I can try to take it with me.”

All three agreed to do this and were given the money. At the funeral, each approached the coffin in turn and placed an envelope inside.

While riding in the limousine back from the cemetery, the clergyman said, “I have to confess something to you fellows. Brother Smith was a good churchman all his life, and I know he would have wanted me to do this.  The church needed a new baptistery very badly, and I took $10,000 of the money he gave me and bought one. I only put $20,000 in the coffin.

“The physician then said, “Well, since we’re confiding in one another, I might as well tell you that I didn’t put the full $30,000 in the coffin either. Smith had a disease that could have been diagnosed sooner if I had this very new machine, but the machine cost $20,000 and I couldn’t afford it then. I used $20,000 of the money to buy the machine so that I might be able to save another patient. I know that Smith would have wanted me to do that.”

The lawyer then said, “I’m ashamed of both of you. When I put my envelope into that coffin, it held my personal check for the full
$30,000.”

Lawyer: “Now that you have been acquitted, will you tell me truly? Did you steal the car?”

Client: “After hearing your amazing argument in court this morning, I’m beginning to think I didn’t.”

A young attorney who had taken over his father’s practice rushed home elated one night.

”Settled it!” cried his astonished father. “Why, you idiot! We have been living off of that money for five years!”

A stingy old lawyer who had been diagnosed with a terminal illness was determined to prove wrong the saying, “You can’t take it with you.”

After much thought and consideration, the old ambulance-chaser finally figured out how to take at least some of his money with him when he died. He instructed his wife to go to the bank and withdraw enough money to fill two pillow cases. He then directed her to take the bags of money to the attic and leave them directly above his bed. His plan: When he passed away, he would reach out and grab the bags on his way to heaven.

Several weeks after the funeral, the deceased lawyer’s wife, up in the attic cleaning, came upon the two forgotten pillow cases stuffed with cash.

“Oh, that darned old fool,” she exclaimed. “I knew he should have had me put the money in the basement.”

[Compiled from various sources on the internet]